See the NEW website for this show at:   www.JohnnyCashTributeArtist.com

"Cashin' In" A Tribute to Johnny Cash

"You're the best we've ever seen! In fact, you sound more like Johnny Cash than J.R. did at times!"
---members of Johnny Cash's Calif family, show in Simi Valley, CA

"You sound so much like Cash, it's scary!" ---Kris Kristofferson

At 6'5" tall and slender, dressed in all black, with that long black coat, dark hair piled high and a black acoustic guitar slung over his shoulder, he's the definitive image of Johnny Cash. And when he steps to the mic to sing, that deep baritone voice leaves no doubt...this is as close as it's ever going to get to the real thing.

"Steve Waddington channels Johnny Cash in his show!" "He sounds exactly like J.C. in his prime". "Fantastic show!"

Steve not only plays guitar like Johnny did, he understands the reasons WHY Johnny played that way...capo on the first fret, alternately strumming the strings at the sound hole and up the finger board, holding the guitar up to ear level. All the classic Cash moves! And he delivers the lyrics in that distinctive Dyes AK/Appalachian drawl that you can hear so clearly on Johnny's records.
It all comes together to make this the most authentic Johnny Cash tribute yet!

At a recent show he was joined onstage by Kris Kristofferson and they played a bunch of Kris's songs! They sounded great together and Kris exclaimed "You sound so much like Johnny, it's scary!" and later, backstage, he signed Steve's guitar! Such an honor!

And when joined by Susan Ritter singing "June", especially on their duet/medley of "Jackson/Big Mouth Woman", the fun kicks into high gear. "You don't even have to LIKE country music to LOVE Johnny Cash".  The band excels at re-creating the "elegant simplicity" of the Sun studio recordings at it's core, and adds elements of the bigger sound from the Johnny Cash TV show and specials. A true tribute to "The Man in Black"

A partial song list includes:
Folsom Prison Blues
I Walk The Line
Get Rhythm
Hey Porter
Five Feet High And Rising
Big River
Ring Of Fire
Guess Things Happen That Way
I Still Miss Someone
Don't Take Your Guns To Town
Tennessee Flat Top Box
Sunday Mornin Comin Down
Hurt
A Boy Named Sue
One Piece At A Time
She Used To Love Me A Lot
Personal Jesus
I Won't Back Down
*Jackson
*Big Mouth Woman
*If I Were A Carpenter
(* with Susan Ritter as "June")
...and many more! 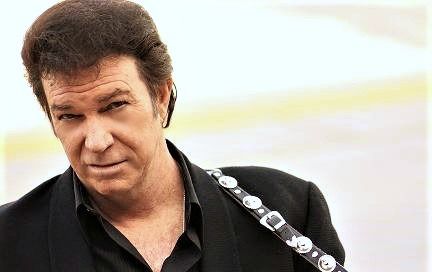