"The Feel of Neil" A Tribute To Neil Diamond

"Excellent show. You have a beautiful voice and you sound so much like my son. You even look like him!"
---Rose Diamond (Neil's mom)

"It blows us away how much you sound like Neil. Amazing"
-- Neil Diamond's horn section @ JAX Bar & Grill in Glendale

"OMG! You were FANTASTIC! It was like the real Neil Diamond sang at our wedding! Everyone LOVED it!"
--Dave & Anne-Marie, Los Angeles wedding

"I've been booking top-tier entertainers for over 40 years at my various nightclubs, some of the biggest names in the business, and Steve Waddington is one of the absolute BEST I've ever seen! Incredible talent!"
--Tom Monteleone, owner of Barone's,

For many, the songs of Neil Diamond are like the soundtrack of their lives, and no one sings Neil like Steve Waddington!
He has the same rich tone that captures the dramatic phrasing in the smoother, introspective passages, the authoritative grit in the more passionate, rocking stages, and he interprets and delivers the lyrics with a similar dynamic drive and yearning...truly, the "feel of Neil"!

Steve plays the same style of acoustic guitar that identifies each of Neil's songs so well, and he looks great in a sequined jacket! His look is more reminiscent of Neil Diamond in the late 60's-early 70's, and he sounds more like the original recordings that we all remember so well from radio and records. Still, he adds a few flourishes and vocal nuances that were so remarkable from Neil's live shows. and the band plays all the key riffs and has all the full dynamics and energy of a much larger band! It's like a hybrid of Neil's original recordings and later, live concerts! The best of both worlds.
Steve gets everyone singing along, clapping, laughing, dancing and having fun! It's a fun trip down "memory road"!

The only show that might sound better than this would be seeing Neil Diamond himself! 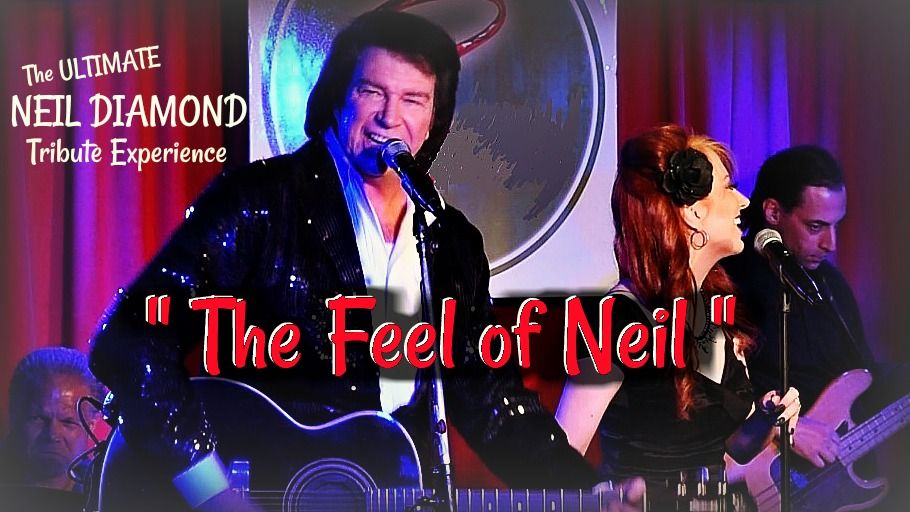